Samy Jo is a Houston-based country, blues and rock cover entertainer who has delighted the young and young at heart for more than two decades. Her unique blend of southern rock, dipped in blues with a country shell only complimemts her natural stage pressence, charasmatic personality and winning smile.

Starting in her hometown church, Samy developed not only a passion for God, but a entrancing draw to the stage at the tender age of nine. From there, with the help of her entire immediate family, she went on to perform at the Houston Livestock Show and Rodeo, The Houston Children's Festival, The Grand Ole Opry, Fan Fair and many more local venues and festivals.

As Samy grew, so did her voice and versatility. Samy has mastered the genres of gospel, r&b, pop, disney, broadway, blues, rock and country, but it wasn't until her adult years did she combine the edginess of rock with the raw emotion of blues and mixed it with the classic sound of country. With this unique sound Samy Jo has entertained audiences throughout the lone star state at Music World Entertainment, the Red Cat Cafe, Jackie's Brickhouse with so much more to come and no end in sight 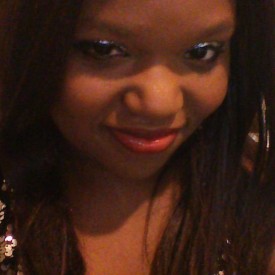